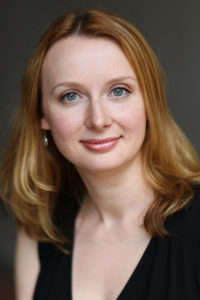 Dr. Yuliya Minina is a contemporary pianist – a teacher, a soloist, and a collaborative performer. She has performed solo and with chamber groups in Ukraine, Czech Republic, Mexico, and the United States. She has toured as a soloist with Baja California Orchestra in Mexico and performed concerti with the UCI Symphony Orchestra and  Philharmonia Northwest.

Yuliya is known for her versatility and eagerness to learn new chamber and solo repertoire. She is always on a hunt for a new musical adventure, which brings her to new collaborations. Yuliya has played as a part of the Seattle Metropolitan Chamber Orchestra. She has worked with such great musicians as Nohema Fernandez, Jane Eaglen, Frances Young Bennett, Toby Saks, to name a few. Yuliya together with a Mexican-Ukrainian cellist, Jenia (Zhenia) Kobylyanska, has formed a piano-cello duo, giving recitals in Southern California, the Greater Seattle Area, Tijuana, and Monterrey (Mexico). She also continues to enjoy solo career, playing solo recitals and as a soloist with orchestras. Yuliya likes to promote classical music to diverse audiences. She has been a performing member of the Ladies Musical Club in Seattle, an organization that produces a series of classical music concerts free to the public.

Currently Yuliya is working as a full time collaborative pianist and instructor at the University of California, Irvine. Previously she worked as an adjunct piano faculty and a staff pianist at Seattle Pacific University, as well as a piano instructor at her home studio. She has conducted master classes at the University of Missouri, Columbia, at Autonomous University of Baja California Ensenada, Mexico and at Centro de Artes Musicales in Tijuana, Mexico. She has worked as a pianist at Northwest Opera in Schools, Etcetera,an opera outreach organization. She was also a rehearsal pianist for the Seattle Gilbert and Sullivan Society. 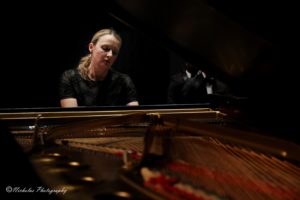 Yuliya started her music education at the age of five at the Stolyarsky school-lyceum, a boarding school for musically gifted children in Odessa, Ukraine. She then finished National Music Academy in Odessa, Ukraine (with distinction), obtained a Master’s of Fine Arts degree at the University of California, Irvine, and received a Doctoral degree in Musical Arts at the University of Washington, Seattle. Her teachers include Craig Sheppard (University of Washington), Nina Scolnik (University of California, Irvine), Tatiana Shevchenko (Odessa Music Academy), and Eleonora Levinson (Stolyarsky School).

D. Shostakovich Piano Concerto No. 1 for Piano and Trumpet