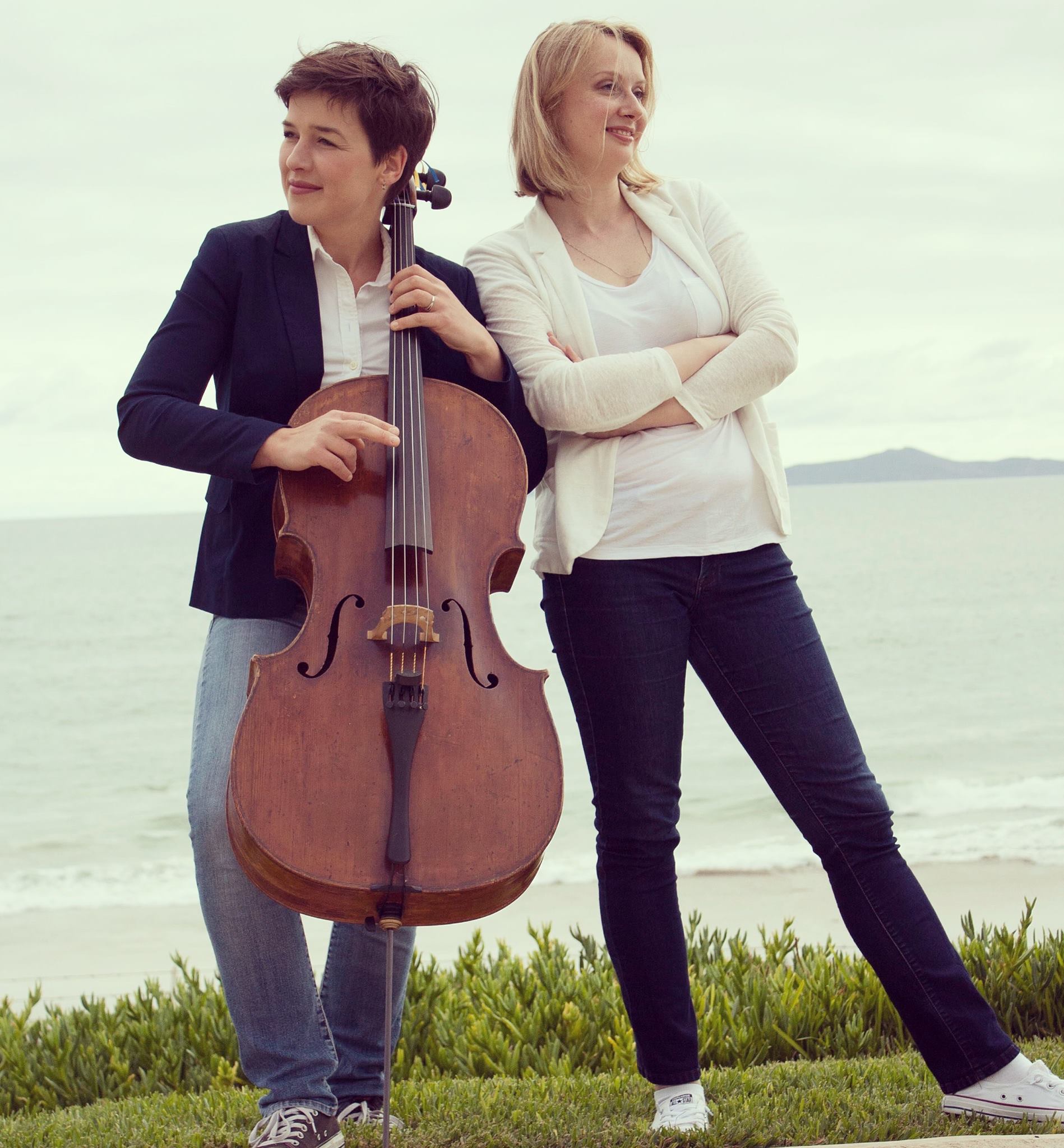 Jenia (Zhenia) Kobykyanska and Yuliya Minina, two Ukrainian-born professional musicians that have formed an ensemble in 2012. Jenia lives in Mexico, so they maintain their collaboration by organizing 2-3 chamber performances a year in USA and Mexico, performing a combination of classical and contemporary pieces.

We are driven by our passion to entertain and to educate our audience about chamber music. We usually include at least a couple of less known works into our concerts, so even sophisticated classic music lovers learn something new from our performances.”

Being of Ukrainian heritage, they love to promote music of Ukrainian composers.  Each program that they put together has a thread of thought that they carefully design for each concert. For each of their concert they prepare a short commentary, in which they put their music into either historical or thematic context.

Known for playing with “great energy, excellent interpretation and, above all, passion,” they strive to create a rich emotional and intellectual experience for their listeners. In other words, they love to make their audience laugh, cry, and think. 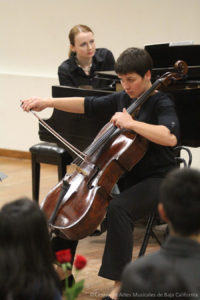 Jenia (Zhenia) Kobylyanska was born in the city of Odessa, Ukraine. In 1989, Jenia joined the Stolyarskiy Music School-Lyceum, where she studied with Pavel Kupin and Valentina Balon. She played her first solo recital when she was nine years old, the same year she won the Audience Award at the International Children’s Competition in Uzbekistan. In 1995, Jenia moved to Mexico, where she continued studying cello with her mother, Elena Befani. At the same time she was taking master classes and courses with well-known cellists such as Wolfgang Lauffer, Richard Marcson, Reinmar Seidler and others. In 2007, Jenia returned to Europe in order to get her Bachelor degree. Jenia worked in multiple orchestras, starting from a very young age. She also performed as a soloist with San Diego Symphony, Aguascalientes Symphony Orchestra, State Symphony Orchestra of Mexico, Chamber Orchestra of Palace of Fine Arts, Mexico City, Sinaloa State Symphony Orchestra of Fine Arts, and UANL Chamber Orchestra, Monterrey.

Currently Jenia is holding a position of a co-principal cellist in the Orchestra of Baja California (Tijuana, Mexico). Jenia works as an adjunct cello faculty at the Universidad Autonoma de Baja California (UABC). She also works as a cello teacher at the Music Art Center, participating in a program “Talents of Baja California” and as an artistic director of an ensemble “Cellofornia”. Jenia is also an active chamber performer in a piano-cello duo with Yuliya Minina and is a frequent visitor of the Greater Seattle Area.

A. Shtogarenko  Sonata for Cello and Piano in A Minor (1976)